John has been in the construction industry for the last several years and has been involved in setting up temporary traffic control for construction activities on highways and roadways. Initially, he was one of the crew members of a large company in Maryland but now he has advanced to become a supervisor and manage several crews on different sites. The biggest challenge he has been facing so far is training his crew members so that they can implement the MOT design on site in compliance of regulations and without compromising any work zone safety standards. 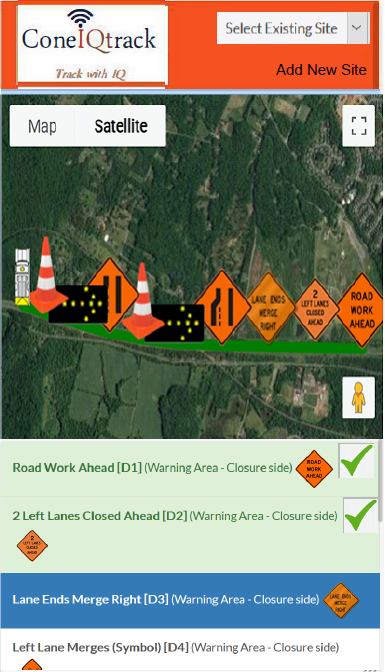 Undoubtedly, it is not an easy job to not only teach the newcomers but also the workers with several years of experience to ensure that the signs are placed at the right location before the work area and the arrow board goes exactly where it is supposed to be per the design requirements. Generally, the only “tool” John and his crew were able to use was the speedometer of his truck and counting skip lines on the road to estimate the placement locations of these traffic devices.

ConeIQ was a natural choice for John and his company when they found out that with its help, they can automatically draw the MOT Design on Google Maps in minutes and then share it with all their team members. With a simple, user-friendly interface based off of Google Maps, ConeIQ enabled John and his crew members to quickly understand how to set up the MOT on site. Workers were able to know exactly where to place warning signs, arrow boards, and other channeling devices on any highway or small road site and could also navigate to these signs using Google Maps. Now, no longer do they have to scramble on site in search of the right locations for their signs; rather, they can have the exact GPS locations of all their devices on Google Maps BEFORE they even leave for the site.

ConeIQ’s pre-built temporary traffic control designs for any State or MUTCD requirements helped John’s crew implement them for any type of closures. And with the ability to customize, John could drag and drop the signs on Google Maps BEFORE the actual closure and accommodate for various site constraints.